And the winner is…

In early May, readers were invited to choose their three favourite lockdown-themed cartoons from a collection of 25, all drawn by Elphin Lloyd-Jones, that were posted on the Blewbury website.

For a chance to win a bottle of bubbly, they were also asked to suggest a topic, or a situation, that could be illustrated in a new cartoon. The results are now in!

The highest scorer among the existing cartoons was No 9 (‘Over reacting’), shown below. 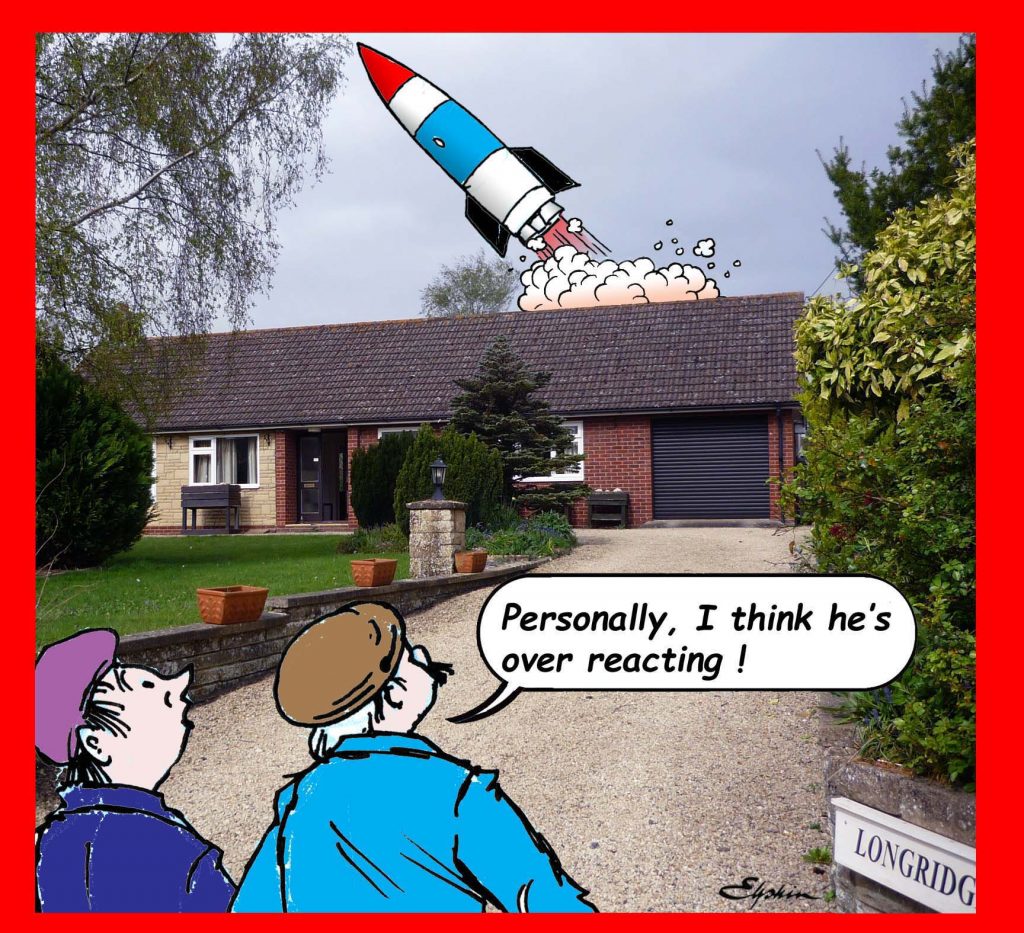 The winning suggestion for a new cartoon, featuring the differing reactions of dogs and cats to seeing more of their owners, came from Lydia Wanstall, and is shown as the main illustration above.

Elphin would like to congratulate Lydia and thank everyone who took part – especially Kevin Aubrey, who sent in his entry from New Jersey, USA, despite the fact that his location put him out of the running for the grand prize! (Kevin’s explanation was that he was ‘bored’.)