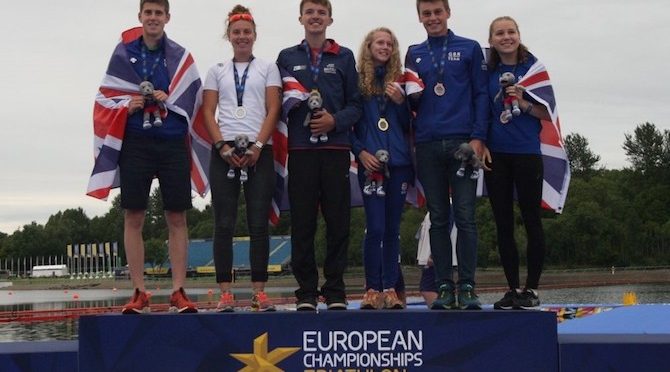 After the 750m swim, 20k bike ride and 5k run Jack won gold in the Under 20 Age Group and recorded the 2nd fastest time overall of 1.03.30. He has already qualified for the World Championships to be held in Lausanne, Switzerland in 2019.

The picture shows Jack (3rd from left) with his fellow under-20 triathlon medal winners.