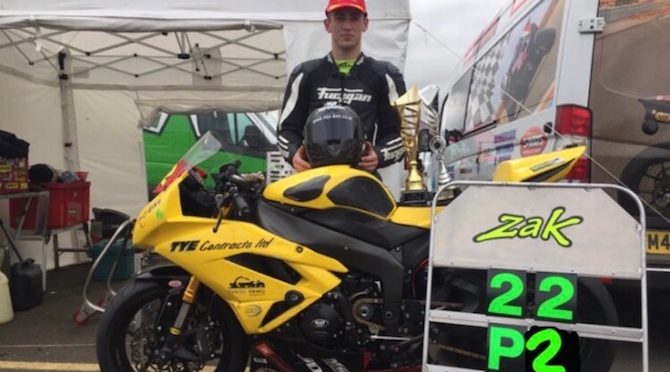 Blewbury’s Zak Corderoy, 18, has just completed his rookie year on his ZX6R , coming second in the TSGB Elite 600 Championship.

We are excited for 2018 as Zak will be entering into the BSB paddock to compete in the Pirelli National Superstock 600 class as he will be racing against Europe’s fastest.

As Zak put it in a recent Facebook post: “All in all a real good season, finishing the last full season in Thundersport 2nd in the elites on my little stocker ain’t so bad, we’ve had some stiff competition throughout the year and we’ve fought hard, and haven’t given up. This year has been a massive learning curve on the 600 and we’ve done very well as a team and next year is looking very exciting.”

Everyone at Zak Corderoy Racing would like to thank family, friends and sponsors for their continued support.