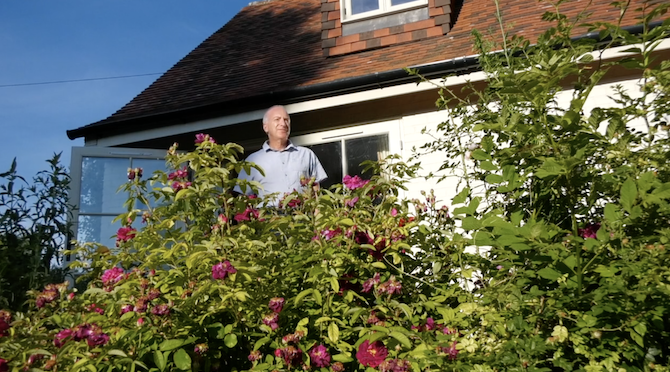 Our local composer in residence, Richard Blackford, not only writes beautiful music; now he films it too!

For his first foray behind the camera, he has produced a seven-minute introduction to his recent piece for piano and cello, Blewbury Air. “This is a love song to the village of Blewbury, where I’ve lived for many years,” says Richard as he cuts between beautiful shots of village wildlife and scenes from the studio where his composition was recorded by pianist Adrian Farmer and cellist Rafael Wallfisch.

Blewbury Air has three movements: On the Water’s Edge, Incantation with Bells, and The Wind in the Branches. While  these are all strongly contrasted in mood, Richard says that “they have an overall lyrical, positive and sunny – sometimes playful – feel”.