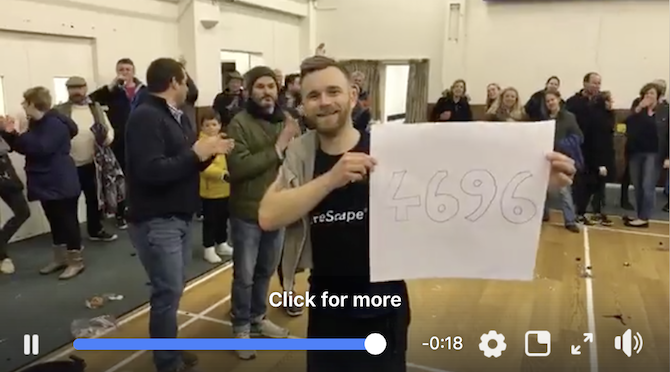 In the last Bulletin I was delighted to report that some Class 6 pupils would be writing stories for the BBC 500 words competition, and the Editor kindly agreed to publish the winning entry from the School – thank you Chris.

This proved much harder than expected with all 31 class members submitting a story to be judged, attaining a standard that was simply incredible! We had joint runners-up in Gabriel Reeves and Beatrice Elsmore-Wickens (Beatrice read her story to the class in a manner which would put most BBC presenters to shame), but the winner, with a beautifully crafted piece entitled “Open your eyes”, was Imansa Kokkuhannadige. You can read Imansa’s story below.

Congratulations to all. The entries will be submitted to BBC Radio 2 for them to judge, so good luck Class 6 and thank you.

It’s all Melinda Russell’s fault! I wouldn’t be like this. I’ve heard what people say, that I look half dead! I can’t see anyone but I recognise their voice. Mum and dad have barely left, my little brother, James, came with gran and granddad and so have my best friends Ruby, Gemma and Ariana. Anyone who has visited has either sobbed while holding my lifeless hand or telling me what’s going on and how much they love me. I’ve been unconscious for 3 months (or so I’ve heard). But it feels a lot longer. You don’t know how it is! It’s almost time.

Now like I said it’s Melinda’s fault. My friends and I were going up and down the slide. But when I was just about to go down, I heard the footsteps of the bully (Melinda). She told me to move but I stayed put. She said if I didn’t move she’d push me. No movement from me.

Unfortunately, she stayed true to her word. Down I fell. I became half dead when I hit my head on the rocks. (They hadn’t been moved by the infants.)

One of my visitors was Melinda, she cried and sobbed and told me how sorry she was, she also told me that from then on she would be nice.

Remember when I said it was almost time, well the doctors think I would probably never wake up again so, so their taking the life support off. They’ve given me an hour.

Everyone here is waiting and hoping that I will open my eyes and they’ll have tears of joy rather than sadness. But I’ve tried, I really have, to wake up. I’ll stay forever still. Everybody is sobbing and crying, telling me how much they love me, saying how much they will miss me and how great I am. I bet the bed will be sopping wet (and me to!). Oh, it’s terrible, if I were able to I would be crying too.

Someone’s on me. It’s my sweet little brother James! “Cami, please open your eyes, I want you to hug me, I want you to tell Mum and Dad not to cry, that it’s going to be all right”. Oh James I wish I could, but I can’t.

“James, sweetie, get off your sister”. Mum mumbled as she stroked my hair.

Oh no. It has been an hour! The doctors have come, to take off the life support!

Everyone is sobbing and crying even more! I think it’s time. Here is my last thought, even if no-one sees or hears it.

My eyes are open and alive!