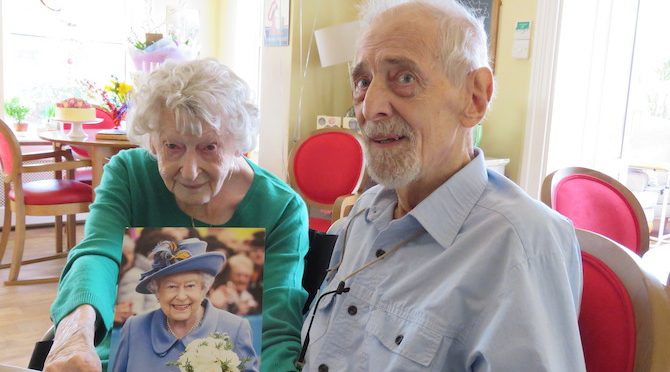 They first met on a railway platform on their way to work: he worked in the Education Department of Surrey County Council and she was a Welfare Officer in the borough of Esher. They married on 26th February 1949.

They retired to Cornwall but the village they lived in had very few facilities and poor local transport, and as they had friends in Blewbury they decided to move here. They lived in the village for thirty-two years, latterly at Dibleys, until first Philip and then Moyra moved to Cleeve Lodge care home in Goring, where they held a small celebration to mark this milestone event. In the picture, Moyra holds a congratulatory card from the Queen